Does your company want to be a lonely player or to build the whole arena? 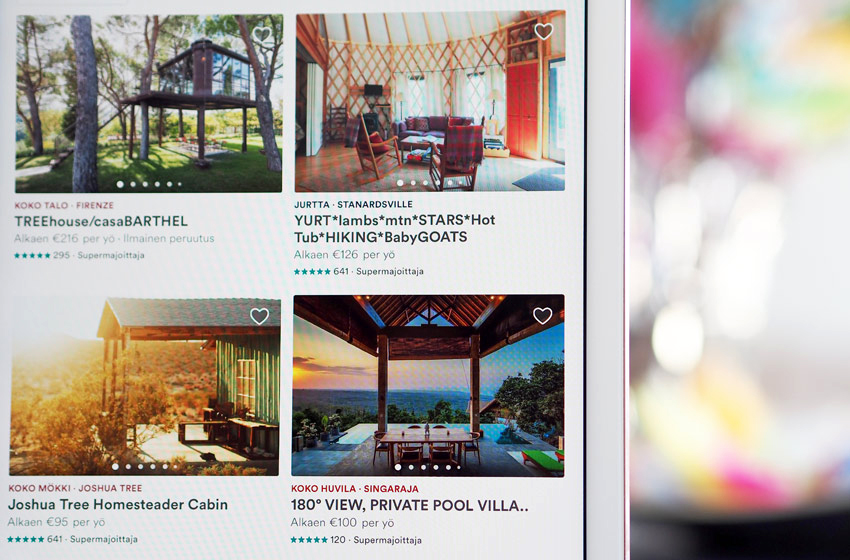 What is the definition of platform economy and how to develop your business by using the concept?

We discussed the topic with Teemu Malinen, the CEO of Sofokus, a company specialized in building digital business for their customers.

Sofokus was recently noted in the Inc. 5000 List of Europe’s Fastest-Growing Companies and it was also ranked 35th in the Deloitte Technology Fast 50 in 2017.

– Platform economy is an active way of talking about the development of e-business. How can a company develop its business to be more platform-like? The question guides you to think about the future of business, Malinen starts.

With this article, we are going to explicate the basic idea of platform economy and give readers some ideas of how it could be applied to their own business.

The definition of platform economy

Teemu Malinen sees that the terminology of platform economy is still forming. The subject is wide and it can be viewed from a variety of angles.

– As a theme, platform economy has no geographic boundaries, but it can be viewed through countries, cities or business segments. Platform economy is a modern economy combined with technology and new business models.

– Great examples of platform economy are companies like Airbnb, Uber and Facebook. They have build a whole ecosystem of creating content and offering resources that end users on the other side of the platform can utilize, Malinen analyzes.

“Platform economy is a modern economy combined with technology and new business models.”

Also traditional ERP solutions are technical platforms with API interfaces and integrated business critical systems. However, with ERP the added-value mechanisms or ecosystems do not create competitive advantage. Rather, they enable the operation in general.

At this point we are getting to the actual differences between traditional process digitalization and making use of platform economy.

– A true platform economy company creates unfair competitive advantage with modern business models and by building a technical platform solution that connects the different actors in the network. When the ecosystem is built around the platform, it is difficult even for the big stable competitors to challenge it, he describes.

The value of the platform is equal to the amount of involved actors in the network. And often even more.

A website displaying ten or hundred providers of couch accommodation would not give much added value and it certainly could not unite backpackers globally. However, a Couchsurfing community of tens or hundreds of thousands of people actually provides a new way to accommodate yourself, creating new kind of communal added value.

Therefore, through communities and shared resources, platform-based model opens up possibilities that did not exist before or would not have been possible without remarkable investments.

Twitter works only when all the thinkers of the world have come together on a common platform, Airbnb only when all the empty guestrooms and apartments are online under a shared user interface, classification and recommendation system.

Typically, platform economy is based on trust and transparency of operations.

“The real challenge of developing a platform is not technical but business-technical.”

– The real challenge of developing a platform is not technical but business-technical. Typically the platform has to be built based on the value of transparency to enable scaling and to create a strong incentive for the community to start using the platform, Malinen states.

Another great example of an industry that works by the means of platform economy, is payment transfers.

– One reason for the success of Stripe are the easy and flexible open interfaces of the service. This has forced other competitors, such as PayPal, to step up their game. In the end, it depends on the nature of the industry and its processes and the digital maturity how much technical sophistication is emphasized.

Apply platform economy to your own business

For a single company, it is essential to understand what is their role on different platforms and whether the company’s own business is based on a self-developed platform.

– If you are looking for unfair advantage over your competitors, you should at least explore the possibility of developing your own platform, Malinen states.

For instance, if an industrial company wants to improve its competitiveness, it can start utilizing platforms made by others. In addition to the traditional street-level shop, it can also get a virtual shelf from Alibaba.

– Achieving competitive advantage in relation to the competitors using the same platform depends on the success of marketing, customer feedback and pricing. The other way is to invest on developing your own platform, Malinen outlines.

He admits that challenging actors like Alibaba or Facebook is far too ambitious goal for most companies. However, platform economy can be utilized in a smaller scale.

– Let’s say that you manufacture children’s wear. You can build a platform where you invite other actors of the same niche; manufacturers, customers and others of the same mini ecosystem. Then you can be the mini-Alibaba of your own field, he pictures.

“Platform economy success stories are popping up like mushrooms in the rain.”

At the moment, platform economy success stories are popping up like mushrooms in the rain.

For example, Tulka gathered interpreters in one application and now you can chat with an interpreter in a moment, say, if you get stuck in the eastern border of European Union. In turn, Indiegogo created a community of inventors and backers, making way for new innovations through crowdfunding.

Each of these companies is a good example of how you can rise to global success by using platform.

According to Malinen, every company should ask themselves whether they just want to participate in the game or build an arena where other teams are invited to play.

“Do you want to participate in the game or build the arena where other teams are invited to play?”

Succeeding in platform economy always requires both business vision and technical development in order to format a web service from a one-dimensional site to a value-generating platform.

– ite wiki is a great example on how to utilize very narrow niche by the means of platform economy. Without a technical platform, the whole service would not exist, and it could not take the advantage of the potential of platform economy in its business. When it comes to platform economy, business and technology always go hand in hand, Malinen describes.

This is how you get started with your platform

According to Teemu Malinen, the premise of platform economy has to be the winning business concept in which building technical implementation is only a tool, though compulsory and critical one.

So does every company have to aim for a platform? Absolutely, if you want to achieve competitive advantage, answers Teemu Malinen.

– At first you should think about what kind of a company you are and what do you want to achieve in the market. If you already are globally significant actor with resources and network – like Valmet or Kone – it is justified to start creating ecosystem on a platform of your own.

“Should every company aim for a platform? Absolutely, if you want to achieve unfair competitive advantage.”

So in the future elevator manufacturer Kone could provide software developers with an Appstore of lifts.

– But if we talk about a smaller niche, such as dog clothing, it may be smarter to seek out with congenial practitioners on existing platforms, Malinen notes.

He says that in the core of platform economy is a distinctive business concept.

– The startup ticketing service Liveto is only 3 years old but it is already challenging the giants in the market, the biggest of which are the size of Ticketmaster. If you want to succeed in such a mature market, you are going to have to disrupt the stagnant market in every possible way, Malinen describes.

According to him, the development of sufficiently multidimensional disruptive revenue and business model is the thing where the makers of Airbnb, Uber and similar success stories have generally succeeded.

– If you can offer for free the kind of added value that your competitors charge for, it will definitely be of interest to your customers. Or if the cost of using your service is a testimonial tweet instead of euro.

A typical platform business is born into a market that has been lacking a good enough place to connect actors and content online.

– This is actually interesting: even if you started out from zero, playing a platform actor out gets more and more challenging as the platform is established in the market. For competitors it may be more profitable to buy your platform away from disturbing.

– However, it is not easy to succeed in platform economy. Not all companies can be the next Alibaba, because there is no room for so many super platforms in the market at the same time, he describes.

Want to stay in business?

The interview opens up the very reasons why so many entrepreneurs are interested in platform economy.

Malinen tells that building a platform economy business is all about continuously experimenting, changing your operating model and either quitting or scaling the business up to maximum.

– The way you relate to utilizing platform economy might just determine how you will succeed in the market in the 2020s, Malinen ends.

Sofokus believes that every organization deserves a winners chance, and helps companies in building an unfair competitive advantage. They create measurable business value by delivering custom-built, API-first cloud solutions. Sofokus is a privately owned Finnish company and rated amongst the 2500 fastest growing companies in Europe.