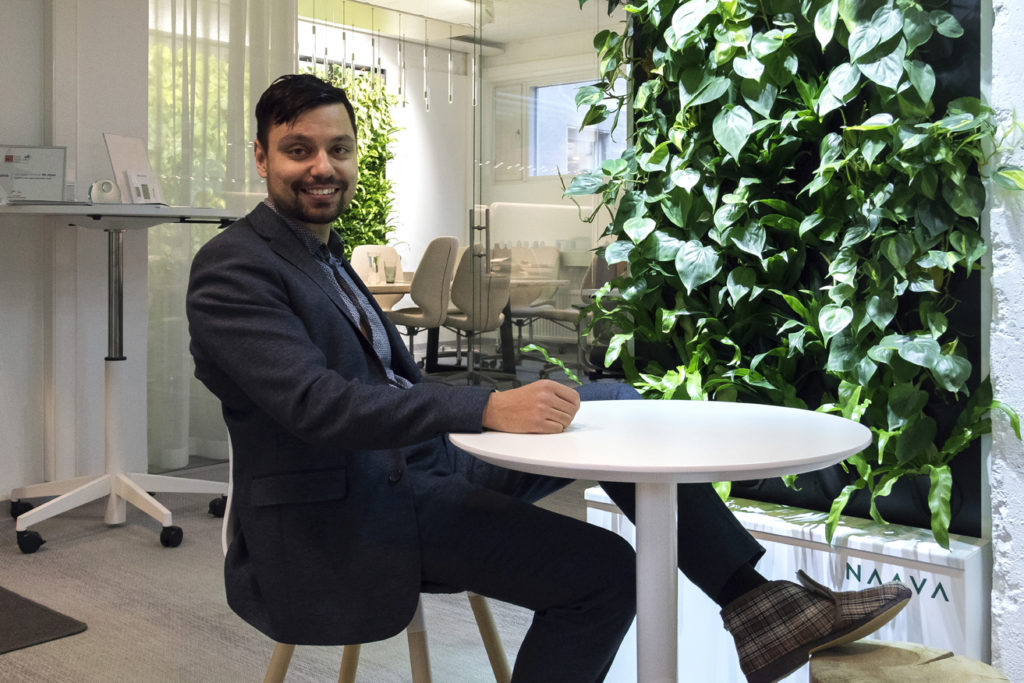 You have probably seen those pictures of metropolitan people commuting in a thick smog, cars and pedestrians barely visible for camera lens. During the last decades, smog has become something of a symbol of the Earth’s pollution problem.

Even though the outdoor air quality in big cities has been much discussed, there is yet another problem about to burst. As the modern people spend more and more time inside, we are only starting to realize just how much can be wrong with the air we breathe indoors, too.

Besides common dust we are constantly affected by vapours from cleaning solvents and pesticides, decorative upholsteries that give off chemicals, microbes caused by moisture damages, formaldehyde from materials such as draperies, panelings or pressed-wood furnitures, or even asbestos. Unlike the smog, the pollutants of indoor air can rarely be seen.

Indoor air can have as much quality problems as the one outside. While some people rush in to protect their health from air pollution, in other parts of the world people have to head out to get a break from the insufficient ventilation and indoor air hazards. Especially in Nordic countries the debate has risen concerning the question of indoor air and modern building methods that are suspected to cause at least some of the problem.

What can be done?

When you think of all the possible allergens and pollutants that circulate in our breathing air, you might also get a spontaneous need to put your head out of the window for a little while.

With all that, it is no wonder that many schools, offices, public spaces and more and more even households resort to air purifiers. They channel the room air through several filter layers in order to collect the biggest particles and impurities. Some devices utilize ozone gas to remove dust and chemicals and leave you with other questionable emission – the ozone gas itself.

With solutions mentioned above, you can lower the amount of pollutants in the air you breathe, but the most effective devices are usually considerably expensive and also need regular cleaning and possible filter replacements.

As the pureness of air both outdoors and indoors is compromised due to human behavior and chosen building materials, innovations that tackle the problem in sustainable, healthy ways become critically important. Lately one particularly interesting trend in this field have been the green roofs and plant walls that can reduce heating and filter pollutants and carbon dioxide out of the air with natural means.

Most of them are still used first and foremost in decorative ways, but a Finnish startup company called Naava has taken a step further, producing intelligent, plant-covered walls that purify indoor air.

– Our aim is to create healthy and happy spaces where people can enjoy the benefits of good quality air – the kind of air we get to breathe outside every day in the Nordic countries,  tells Aslak de Silva, Chief Revenue Officer of Naava.

“The quality of our breathing can affect concentration and making mistakes while working.”

– There are studies that show just how much the quality of our breathing can affect concentration and making mistakes while working. A room with a Naava unit makes you happier and less stressed, enabling you to decrease the chance of mistakes by 41% in tasks requiring high cognitive performance.

For a monthly fee you get not just an aesthetic piece of furniture but a smart system that uses the microbes in the air to work as a nutrition to the plants.

According to de Silva, each Naava unit naturalizes about 60 sqm of indoor air, but it also reduces harmful chemicals, optimizes humidity, reduces illnesses, improves cognitive performance and helps to fight fatigue. Usually they are located near working desks or in conference rooms where people need to focus and stay active – or the opposite – to recover and recharge.

It might sound a bit too good to be true but the Naava crew strives to validate the relevance of the product with continuous research. They have worked together with universities such as Sydney University and Jyväskylä University in order to redeem the customer promise of “reconnecting humanity with nature”.

So far, the findings have supported their claim.

Continuous flow of information is an important factor in the Naava way of purifying air. In every Naava unit there is also a smart IoT-system that constantly measures and analyzes data coming from the plant wall and its surroundings.

All the functions of the unit can be tracked in real time and the information is send to a cloud service managed by the company. The artificial intelligence takes care that the system repairs itself either by adjusting conditions or calling for maintenance personnel.

– We call the product NaaS or Nature as a Service because we can provide all the benefits of natural, pure indoor air with minimum effort for the client.

– Basicly the Naava OS and artificial intelligence take care of the unit’s wellbeing and Naava Service makes sure that your Naava will look fresh all time. Since the NaaS nature of it, no additional costs will come of replacing plants or other parts of the system, de Silva explains.

Many offices and commercial buildings have now woken up to the importance of pure air and want to offer the best possible conditions for their workers or customers.

– You can find our products for example in the Helsinki Airport which has the world’s largest air purifying wall made completely with Naava. We also got a report from the Finnish store chain Sokos that after having Naava located in their natural cosmetics section, the sales in that department improved by a third in certain product categories because people started to feel better there.

– In the end, the math is quite simple. Good quality air and no musty smells, more energy to work or to shop, for that matter.