The Slush 100 winner solves a global fouling problem worth billions 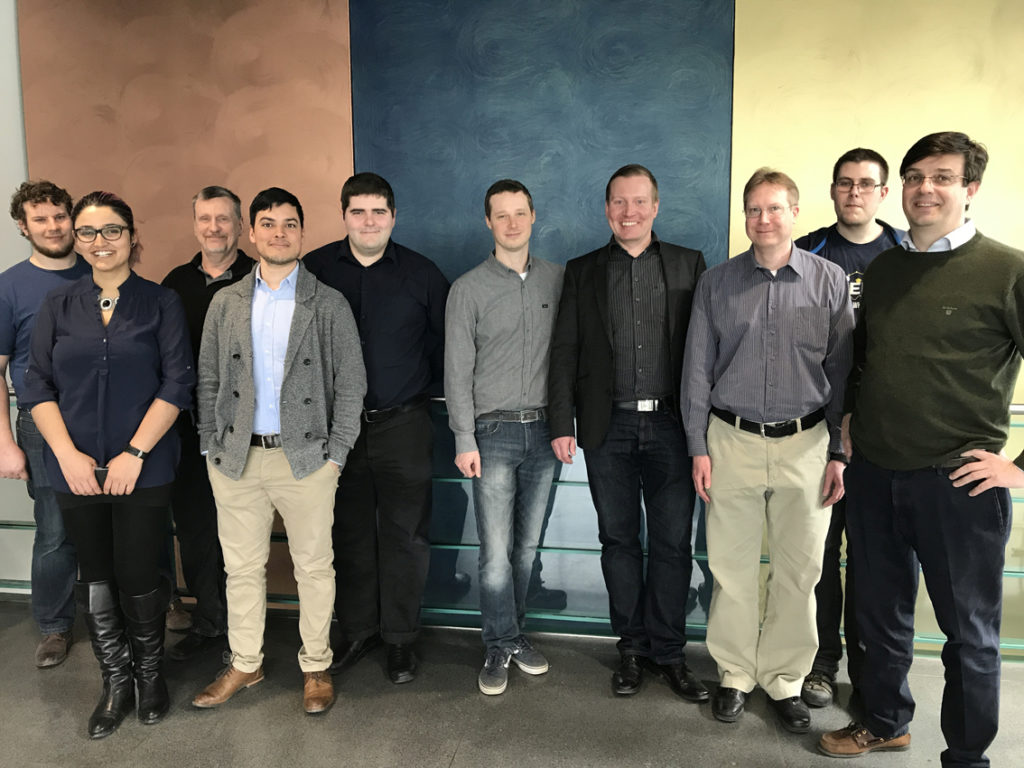 The annual technology and startup event Slush is particularly well known for its pitching contest that requires iron nerves, the ability to summarize the essential quickly and above all, an innovation of great worth.

This year, the winner of the Slush 100 Showcase was Altum Technologies, a company founded in May 2016 to radically increase energy efficiency and uptime of process industries.

Altum’s power ultrasound solution enables the cleaning of fouling from industrial equipment without having to shut down the production. Besides efficiency, one of the most important advantages of the solution is making the industrial processes more environmentally friendly.

– When you think of global problems, fouling is probably not the first thing that comes to your mind because it happens in industries where people don’t usually have a direct connection, starts Esteban Soto, the Marketing Director of Altum Technologies.

– As an example, industries like Oil & Gas allow us to drive our car and get the groceries the Food industry provides us but at the same time both industries’ processes can be way more efficient and spend less energy if their production equipment would be totally clean from fouling, Soto explains.

Why is fouling such a big global issue?

According to Soto, fouling is counter-productive in many different ways. It costs billions of dollars every year, but in addition to the costs, studies have also shown that fouling contributes to at least 2.5% of global CO2 emissions.

To exemplify the costs, the fouling of heat exchangers accounts for a loss of 0.25 % to 30 % of an industrialized country’s total value of goods produced and services provided during one year (GDP). According to the World Economic Forum, the GDP of the world’s 10 biggest economies is $49,4 trillion.

– Doing some basic math, if we take 0.25% out of this GDP, it means that fouling costs $123,5 billion per year in these top 10 economies only from heat exchanger systems. Now add all the rest of the industrial equipment getting fouled and the remaining economies, you will end up with a number beyond $200 billion.

Sometimes the challenge makes companies even to throw away their “useless” equipment and purchase bigger equipment to extend the production time before intolerable fouling occurs.

Unfortunately the possible effects don’t stop there. If carried out the traditional way, fouling needs hazardous chemicals or destructive mechanical cleaning to remove it. The cleaning process might also put life of employees in danger when handling the chemicals or going inside big structures to clean them with shovels and tractors.

– So we are not only trying to solve a costly problem, but to achieve greater good – we aim to improve people’s lives through power ultrasound, Soto states.

– We can now eliminate fouling forever with a 100 % cleantech. We have the first and only product to use high-power ultrasound to remove fouling from industrial equipment with no process or production stoppages, no chemicals and no equipment disassembly.

In practise, the power ultrasound cleaning technology can be externally applied to almost any liquid or slurry carrying equipment (e.g. pipes, heat exchangers) without the need to disassemble them for cleaning. The system is clamped-on, allowing to easily change the equipment in where the power ultrasound will be beamed.

– The technology can clean any kind of dirt: biofouling, mineral scaling and chemical fouling. The process is very energy-efficient and neither harms the production equipment nor negatively impacts the environment. The ultrasonic technology can even kill different type of bacteria in water, Soto explains.

One of Altum’s advantages in the market is that the initiative for the cleaning solution came originally from industrial companies themselves.

Back in 2014 the founders of Altum Technologies, the CEO Matias Tainela and the COO Bo Malmberg, had an importing company that sold cleantech solutions to different industries such as Pulp & Paper and Mining. They received several requests from their clients to find a system that could clean fouling with ultrasound from their industrial equipment while the process was still running.

Since no such solution existed, Tainela and Malmberg decided to develop it themselves.

– They didn’t have the required knowledge in physics and ultrasound so they teamed up with one of the brightest minds in ultrasonic technologies, Professor Edward Haeggström from the University of Helsinki. With his help, Altum got the talented Timo Rauhala (CTO) and Petro Moilanen (Sr. R&D Engineer) to join as co-founders and eventually developed the pioneering technology.

Altum successfully landed a seed round in December 2016 with Lifeline Ventures and launched their first product, AltumPI (Altum for pipes) in June 2017.

Now the road is wide open.

Altum is currently focused on Europe, but the flow of contacts from outside Europe tells that there is a growing market need for their technology regardless of the industry. Encouraged by all the positive feedback, Altum is now preparing a global network of partners to help them expand into new markets in America, Africa and Asia.

According to Soto, there is no typical client since fouling is such a big issue for so many industries.

– We have target industries but we focus more on target industrial equipment such as pipes, tanks, heat exchangers and cooling towers. As I see it, our clients can be defined by their courage to think different – they seek for lower production costs and want to improve their production processes while having a truly positive impact on our environment.

– Of course for companies in industries with a long history it can be challenging to adopt new methods, but we encourage our customers to try something new that is carefully proven to work better than traditional techniques, Soto closes.

Read also:
Oil free compressed air as a service belongs to the future of industrial production